The City of Glasgow LDC was established in September 1947. LDCs were also set up in Renfrewshire and Dunbartonshire around the same time, the latter two being absorbed into Argyll & Clyde LDC when Health Boards were reorganised in 1974.

The origins of our committee as a representative body of the dental profession emerged from a succession of events in the 1940s.

In 1942 economist William Beveridge set out his vision of a post-war welfare state, to banish from Britain the evils of the 'Five Giants' – want, ignorance, squalor, idleness and disease.

With World War II still ongoing in the Far East, Clement Atlee's Labour Government came to power in July 1945 in a landslide victory; promising full employment, a cradle-to-grave welfare state and above all - a National Health Service.

In 1946 the Teviot Report recommended that the dental profession become self-governing. Since 1921 regulation had been entrusted to the Dental Board of the United Kingdom, which functioned under the auspices of the General Medical Council.

As the National Health Service (Scotland) Act 1947 was being debated in Parliament, the dental profession in Scotland made preparations for the establishment of local dental committees in each Health Board area.

In England and Wales LDCs were set up as statutory committees of the local Health Board, whereas in Scotland, GDPs retained independent control of their committees, free of any influence from the Health Board.

Under the leadership of John Campbell, a general dental practitioner in Lawrence Street, the City of Glasgow LDC was set up in September 1947. Meetings were initially held in the Royal College of Physicians and Surgeons, and in the offices of the British Medical Association at 9 Lynedoch Crescent, near Charing Cross. 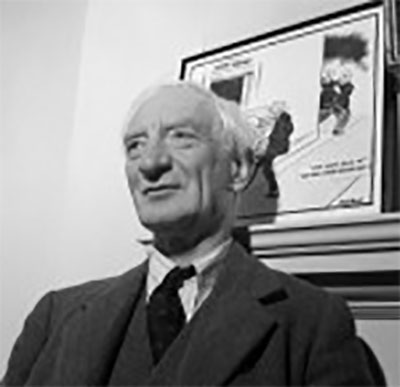 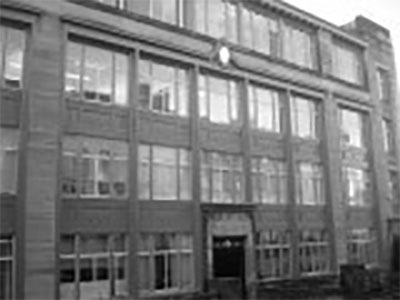 The Glasgow Dental Hospital & School in Renfrew Street, opened in 1932.

In the post-War period dental sepsis was widespread and the core activity of dentistry consisted of extractions and dentures. Most people had neither the financial resources nor the inclination for restorative care. The majority of adults were edentulous; many did not even wear dentures, which would have cost in excess of £10 a set in the 1940s - more than five times the average weekly wage. The use of general anaesthetics in dental practice was universal and deaths were not uncommon.

Dental education was based at Glasgow Dental Hospital and School in Renfrew Street. Until 1947 prospective dentists were taught mainly by GDPs working at the dental hospital on a voluntary basis in late afternoons and evenings. The Royal College’s role was primarily as an examining institution.

In 1947 the University of Glasgow took over responsibility for dental education and the first students of the BDS degree course started in October of that year. From that point on dentistry became formally aligned within the wider medical profession.

1948 saw the creation of the National Health Service under Labour Minister for Health, Aneurin Bevan. A Dentists Act was passed in 1948, coming into force on the 5th of July that year. It introduced, for the first time, free dental treatment for all.

Such was the need and demand for treatment, in the first nine months after the establishment of the NHS in May 1948, 4 million teeth were filled in the UK and queues formed outside dental surgeries. One's first set of complete dentures became the 21st birthday present of choice for many young Glaswegians and the acrylic smile became the 'in-look' for young ladies in particular. The demand for dentures reached such a frenzy that the financial burden on the new NHS was quickly deemed to be in excess of what could be provided.

Nominal charges for some dental treatment, prescriptions and for the provision of spectacles were introduced in 1951, mainly to finance the Korean War. Aneurin Bevan protested vociferously at the introduction of these charges and subsequently resigned from the Government.

In April 1951 west end GDP Ernest Levine took over the chair of the City of Glasgow LDC from founder John Campbell. He was assisted by Govanhill dentist Neil Munro Kerr as Vice Chair, Tom Henderson as Dental Secretary and solicitor Bill Kelly as General Secretary.

The first Glasgow BDS graduates qualified in June 1952. From then on it became the standard qualification for dentists, although the RCPS (Glasgow) continued to award the LDS.

Rationing in the UK ended in 1953. During this thirteen-year period of restricted sugar consumption, dental health amongst children had improved greatly. However, by the end of the 1950s dental disease had returned to its pre-War levels.

In 1956, the Dentists Act (1948) was modified, and following on from the recommendation of the Teviot Report of 1946, the General Dental Council was established as the regulatory body of the profession. The annual retention fee (ARF) for dentists in the first year was £3 15s - the equivalent of £75 in today's money!

Great advances were made in restorative care during the 1960s, mainly through the introduction of air rotor handpieces. However there was a general shortage of GDPs and dental health remained poor in Glasgow. The results of the first Adult Dental Health Survey in 1968 revealed around 80% of over 65s in the UK had no natural teeth. This figure would have been even higher in Glasgow.

Bill Law, Secretary of the Glasgow LDC for 24 years

The committee appointed a Glasgow Solicitor, Bill Law, from the firm of McClure, Naismith, Brodie & Co. as its General Secretary in 1966. Bill served the committee for the next 24 years, providing it with invaluable legal advice and guidance, as well as secretarial support, until he handed over the reins to colleague Gordon Shearer on his retirement in 1990.

In 1969 the salaried dental service set up in the first health service clinic, under the 'Woodside Terms' which were negotiated with the Scottish Home & Health Department by Glasgow LDC, chaired by Walter Campbell.

In 1972 the LDC was the primary mover in establishing a Sunday Emergency Dental Service, based at Glasgow Dental Hospital and staffed mostly by volunteer GDPs. 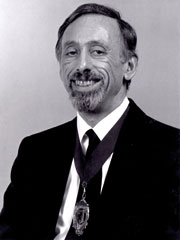 Bernard Caplan, a leading figure in the LDC from the early 1970s

1974 saw the creation of an Association of Scottish LDCs, a forerunner of the Scottish Dental Practice Committee (SDPC). Glasgow LDC Dental Secretary, Bernard Caplan was one of the pre-eminent figures in this, as its first Vice Chair and it gave dentists a cohesive national voice for the first time.

In 1978 Greater Glasgow, Lanarkshire, Ayrshire & Arran and Argyll & Clyde Health Boards asked Strathclyde Region to fluoridate the water supply. It was supported by the profession and by the then Secretary of State for Scotland, George Younger.

Ultimately it led to a challenge by the anti-fluoridation lobby and what became the longest civil case in Scottish legal history - McColl v. Strathclyde Regional Council. The pro-fluoridation case was spearheaded by Glasgow Chief Dental Officer Bob McKechnie and Professor Kenny Stephen, of Glasgow Dental Hospital and School. After 2 years of intense scrutiny, despite a wealth of strong scientific evidence of the benefits of water fluoridation, in 1981 Lord Jauncey, as the sole arbiter in the case, ruled that fluoride could not be added to the water supply as such an act was beyond the power of the regional council. It was a great blow to the profession and had a profoundly negative impact on the push for better dental health in this country.

In 1981 Vocational Training was introduced for the first time. This was supported by Glasgow LDC, who also lobbied for the establishment of the UK’s first centre of postgraduate dental education, which opened in Sauchiehall Street in 1987. 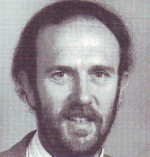 The 1990s were a difficult time for the profession. A new GDS contract was introduced in 1990 by Health Minister Kenneth Clarke. It was broadly opposed by the profession, but as is often the case, we had to accept it and make it work. However when the government projections of the overall budget that would result proved to be miscalculated, a fee cut was imposed in 1992. This was perhaps the single biggest government blunder in the history of dentistry in the UK, leading to a major exodus from the NHS. Glasgow LDC, under Roy McBurnie fought tooth and nail against the ‘new contract’ and the fee cut, ultimately to no avail.

A gradual erosion in the funding continued for the next decade until things eventually reached breaking point just after the turn of the millennium. A few events led to a crisis in the profession and a realisation that a solution had to be found: in 1996 the closure of Edinburgh Dental School created an immediate reduction in the output of dental graduates and a creeping NHS access problem, especially in rural areas and politicians’ mailboxes started to become flooded with patients complaining about the lack of NHS service provision.

With the establishment of the Scottish Parliament in 1999 and a devolved health service that followed, the power of dental professional organisations in Scotland was strengthened and members of Glasgow LDC, notably Graham McKirdy and Kieran Fallon, successfully negotiated directly, via the Scottish Dental Practice Committee, with the Scottish Executive for an injection of much needed financial resources.

This culminated in the Dental Action Plan, announced in 2005. This investment effectively saved NHS dentistry in Scotland. However, to our disappointment, there has been a subsequent failure to maintain that investment by successive governments, and a lack of planning for the future. Ten years on from the Dental Action Plan, funding has become eroded once again and now the cracks are beginning to show. 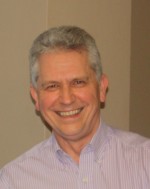 Kieran Fallon, a leading figure in the early 2000s 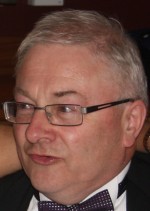 NHS Boards were reorganised in 2006 and Greater Glasgow LDC merged with the Renfrewshire, Inverclyde and Dunbartonshire constituencies of the old Argyll & Clyde LDC to form Greater Glasgow & Clyde LDC. This has resulted in a much larger committee, but we feel it is now a stronger one.

Our popular General Secretary, Gordon Shearer, who had provided the committee with many a laugh on a dreary winter Monday evening, erupting on cue at the mention of the word 'pensions', peppering his rants with the phrase, 'See you people...', finally bade farewell to his other favourite profession in 2013 after 23 years continuous service as General Secretary. 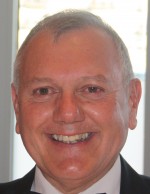 Tony Coia, 17 years as Dental Secretary to the committee.

It was the end of an era too when Tony Coia, 33 years on the committee, more than half of which he served as Dental Secretary, came to an end when he decided 37 years in the same room filling the same teeth was enough, with only the occasional bit of banter from the LDC on the first Monday of the month to relieve the monotony. He is now spending some time getting to know his family.

Every year brings new challenges and the focus of the committee is constantly changing. GDPs are always at the tooth face, dealing with the frontline challenges of everyday practice. Greater Glasgow & Clyde LDC is the largest in the country and the views we express on behalf of our colleagues carry a lot of weight. That is what we have done for over sixty years and we will continue to do that for the dentists we represent.

This is a summary of events from a Glasgow perspective. I will be delving into the archives of the early years in more detail and we hope to add to the story with some history of the Clyde part of our area. Any anecdotes or information anyone might have to add to the story, please get in touch.